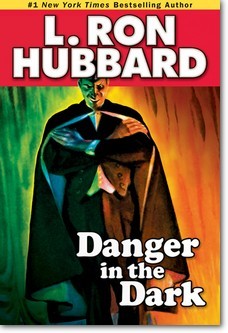 Danger in the Dark (Paperback)

After Billy Newman strikes gold while mining in the Philippines, he believes Lady Luck favors him so much that he buys his own South Seas island for a bargain price . . . or so he thinks.

But when the natives fall ill from plague and crops start failing, the tribal chiefs blame Billy for angering the local god Tadamona. Their solution: sacrifice a beautiful young girl before the 75-foot god. Appalled, Billy argues to stop the ritual, but the chiefs demand he cure their ills in just one day or allow the killing to go forward. Desperate, he denies that the deity even exists and dares Tadamona to show himself. Not only does Billy get his wish, he draws a beastly wrath upon the entire island.

Danger in the Dark

The medicine drums were beating wearily and another, greater drum had commenced to boom with a hysteria which spoke of breaking nerves. The slither and slap of bare feet sounded upon Billy's verandah, and he straightened up to see that Wanoa and several lesser chiefs had come.