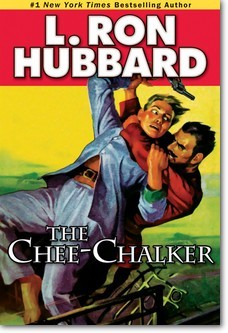 FBI agent Bill Norton has been sent to Ketchikan, Alaska to track down his former boss, who's vanished while investigating a heroin smuggling ring. Norton instantly suspects the smugglers are operating from inside the local fishing fleet. But six months and a string of declared "accidental" drownings have failed to turn up any clues.

Norton's cold case heats up when the local radio station owner emerges, floating face-down at the docks, and a heart-stopping heiress to the halibut trade makes a maelstrom of trouble. The fact that Norton is well dressed and neatly shaven causes some of the local toughs to mistake the agent for a "chee-chalker"—or newcomer—much to their regret.

Bill Norton did not much like this country. He had been in it six months, most of the six spent behind a desk in Juneau, the last spent wandering around Ketchikan trying to get a lead on a sack of "snow" and Jerry McCain. He had found the heroin leading nowhere so far as he could discover. And he had found no sign of FBI special agent Jerry McCain.