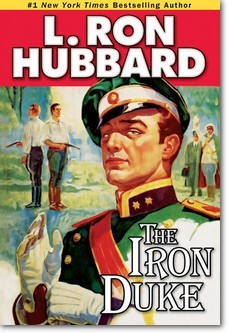 American arms merchant Blacky Lee is wanted by nearly every government in 1930s Europe—especially the Nazis. They want Blacky's head for selling them dud weapons, prompting his rapid (and illegal) escape across the Balkans to the kingdom of Aldoria with his business partner in tow.

Aldoria is well chosen. Years before, Blacky discovered he was the spitting image of the country's Prince Philip, learned the archduke's speaking voice and memorized the royal family tree just in case. When Blacky brazenly impersonates the leader, things go surprisingly well . . . that is, until he finds himself caught in the middle of a Communist plot to rig elections and take over.

Stub always had an uneasy feeling about Blacky Lee. Stub's state of mind was that of a man watching another holding a cannon cracker and not knowing just when he'd let that cracker explode. At least once a day Stub wondered why he had ever allowed himself to become associated with as nerve-racking a fellow as Blacky Lee. One never knew what was going on in Lee's mind and never, never knew just when those thoughts would amalgamate with a bang.